Breaded and deep-fried in the humble suburbs of central New Jersey, Three Piece Nugget is a classic and modern rock cover band whose tight rhythms, blistering guitars, and soaring vocals capture the delicious spirit of rock ‘n’ roll better than any FM radio station ever could.

Formed by members of the popular cover band Return to Sender, Three Piece Nugget continues the tradition of authentically and skillfully performing some of the most popular and beloved rock songs of the past five decades. The band’s catalog stretches from classics by The Beatles, The Rolling Stones, Jimi Hendrix, AC/DC and Tom Petty all the way to modern favorites by Red Hot Chili Peppers, Green Day, Foo Fighters, and The Killers. If 80’s anthems are your thing they’ve got those covered too, serving up hits from Bon Jovi, Poison, Whitesnake, and many more.

Despite being a relatively young band, Three Piece Nugget is no stranger to the local scene. The band has left its mark by regularly appearing at some of the premiere restaurants, taverns, and bars across New Jersey, and they also personally deliver rock ‘n’ roll to private parties throughout the area. Additionally, members of the band have played at venerable venues such as The Stone Pony in Asbury Park and the legendary CBGBs in New York City. They are also known for their respectful and courteous manner in dealing with the venues where they perform and their patrons.

Simply put, Three Piece Nugget plays the songs that people want to hear and can’t help but sing along to. From first chord to last call, the high-energy performances and dynamic selection of songs will kick-start your rock ‘n’ roll heart, satisfaction guaranteed. 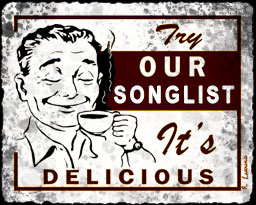